The story of how Alpacka and Packrafting NZ was born.

Alpacka Raft started in the late 2000’s as a collaboration between Sheri Tingey (the design genius behind all of Alpackas products) and her son Thor, who had just completed a 600-mile packrafting traverse of Alaska’s Brooks Range and had some ideas for how to make a better-performing packraft.

Sheri’s journey began in the late 60’s, when she fled the socialite circles of Phoenix, Arizona, for the river-rat/ski-bum life of Jackson Hole, Wyoming. Her grandmother had taught her how to sew. And while in Jackson she founded “Design by Sheri,” a custom ski clothing shop and one of the first modern outdoor clothing companies. Also an avid kayaker, she brought one of the first whitewater kayaks to Jackson.

In the early 80’s, Sheri sold her original gear business to raise a family, and it’s only fitting she got back into it as a result of her son. Thor was born in Jackson, but the family moved to Denali Park, Alaska in 1981 where Thor’s father worked for the National Park Service. He spent his childhood immersed in the outdoors, and with his family, did everything from backpacking, to river trips, to mountaineering, to dog mushing, to hunting and fishing.

In the late 1980’s, the Tingey’s met Roman Dial when he left a mountain bike at their house while on a trip to Denali. A college professor from Anchorage, Roman had become one of Alaska’s most prolific adventurers and was also an early adopter of the packraft, after being introduced to one during the Wilderness Classic adventure race. In fact, he and his partners would make the cover of National Geographic for a 700-mile traverse of the Alaska Range via mountain bikes and packraft in 1992. Read about their trip here. 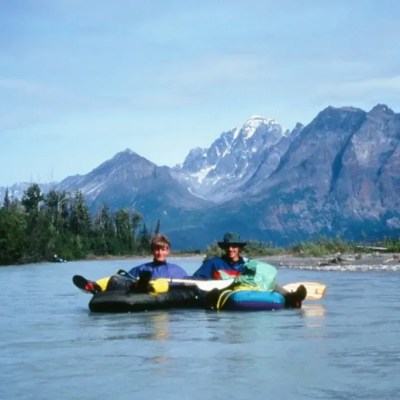 In 1996, Thor started college at Colorado College (“CC”) in Colorado Springs. The Ritt Kellog Memorial Fund had recently started a grant program to fund outdoor expeditions for CC students. Thor talked with his parents about ideas for a grand expedition, and they suggested that he meet with Roman, who in turn suggested Thor hike and packraft a 160-mile portion of his Alaska Range traverse. After he and four college friends received the new grant, they completed the trip in the summer of 1998 and were hooked.

In 2000, they received a second Ritt Kellog Fund grant and spent 39 days traversing 600-miles of the Brooks Range.

Today, every Alpacka Raft packraft is manufactured by hand in their Mancos, Colorado, USA factory by skilled craftsmen and women that are dedicated to their craft. The current models are the product of years of experiments, re-design, and great feedback from the boating community. Sheri remains the head designer. Thor rejoined the company in 2016 as the Chief Executive Officer, handling the day-to-day operations, strategic planning, and design assistance. And Thor’s wife, Sarah is the Chief Operating Officer, doing everything from planning outreach events, to partnering with nonprofits, to giving Sheri’s latest creation a whirl on the water. On any given day, up to 50% of the shop staff may be dogs.

Alpacka continues to build tiny, little boats for those who demand something unreasonable from them. Their designs and innovation have refined and defined the sport, and with the help of adventurers all over the world, pushed packrafting further than ever thought possible.

Meet Arno – owner of Light and Fast, and founder of Packrafting NZ. 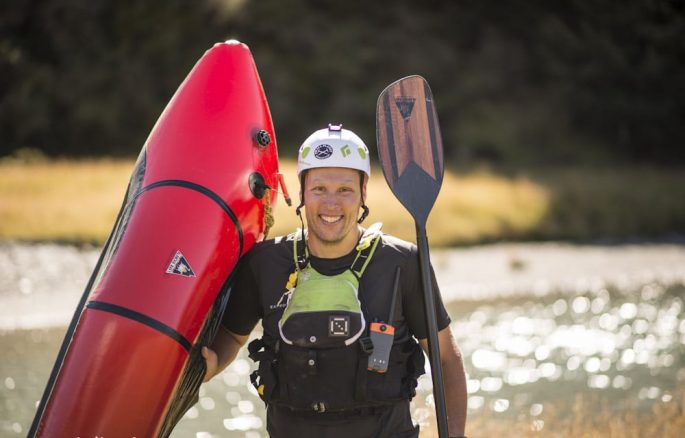 Founded in 2012, Expedition X initially offered guided tours on the South Island of NZ using packrafts. At the time, very few people had even heard of packrafts, let alone used one. Expedition X was the first commercial packrafting company offering guided trips and packrafting education in NZ – maybe even the world!

They soon realised that packrafting was growing quickly and began trading as Packrafting New Zealand in 2013.

From that day forward they’ve made packrafting their passion – guiding, teaching, and exploring using these awesome Alpacka rafts. Over the years, they’ve grown and shifted their focus of the company from day trips to high end expedition tours and education in the water. With over 25 years operating commercially in outdoor pursuits, they’ve tested all kinds of gear. The good and the not so good.

And that is where the Light and Fast online store was born – providing kit that is light, fit for purpose and lets you cover more ground, quicker. Gear that’s light enough to help you adventure for longer. Packrafting NZ personally use and trust all of these products, so its high quality and backed by professionals.